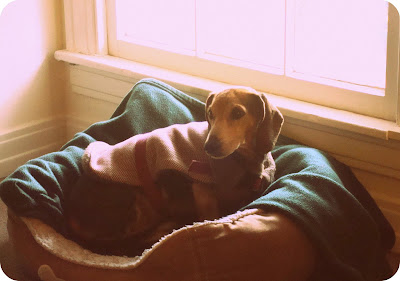 Jackson suffers much during the winter. It is not wiener dog weather around here. He wears his horse blanket jacket all the time. I’m not a big proponent of clothing on dogs, but my friend Leslie made matching jackets for Jackson and her wiener dog (Slappy) a few year ago and he absolutely loves it. 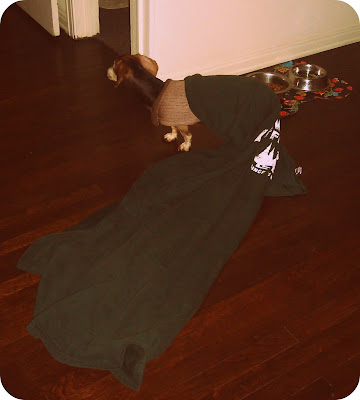 The only problem is that his giant Young Life sweatshirt blanket has a tendency to stick to his horse blanket, with pretty hilarious results. He ends up dragging the big blanket around the house until it finally comes lose or we remove it. 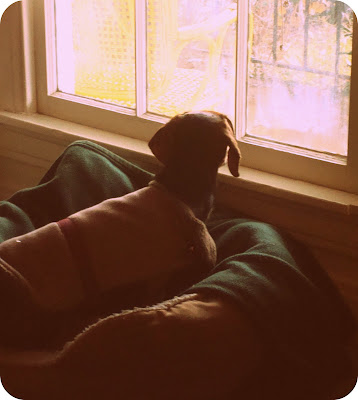 He does a lot of mournful staring out the window. 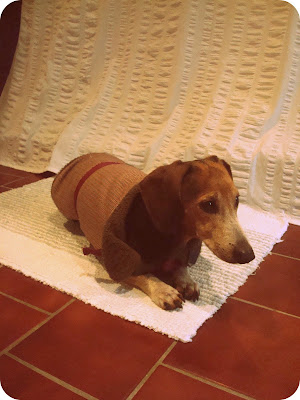 Sometimes he retreats to our master bathroom, because it is the warmest room in the house. We took him out on the front porch with us to see the snow and he wanted no part of it. 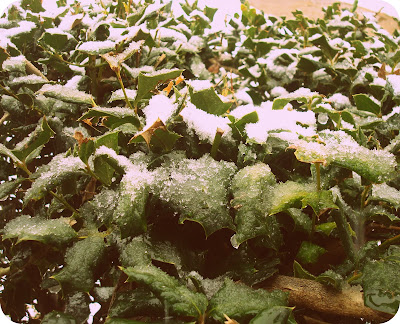 Once the cold front came in, Jackson doesn’t want to go outside unless forced. I thought the snow was lovely, but I’m also several feet higher off the ground than he. 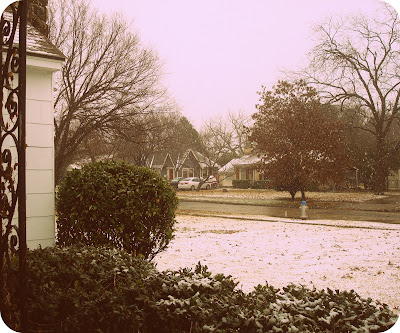 What is your favorite thing to do on a snow day?