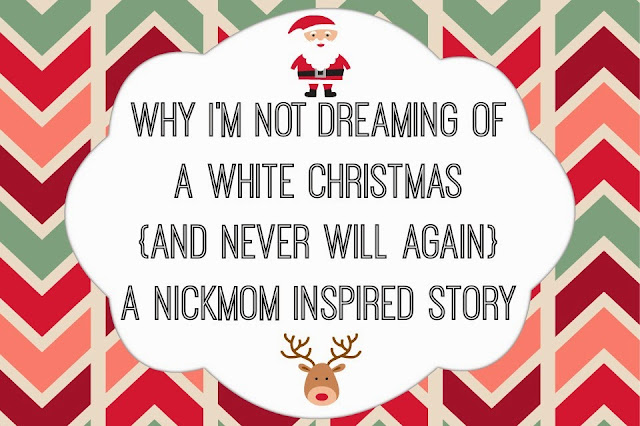 I am most definitely NOT dreaming of a white Christmas, and I never will again.  Sure, the idea of a snowy holiday season is romantic, but the reality was just a little too much for us last year and I hope we never have a repeat.  For those of you from the northern latitudes, this tale of woe will seem ridiculous.  My sisters from the warmer regions of the world will most likely empathize with our story of Snowmageddon 2012.  You should know that I am one who takes the holidays a little too seriously and longs for a picture perfect celebration that never quite comes to fruition.  If you fall short of the Martha Stewart mark like me, take a minute and head over NickMom and you’re guaranteed to laugh and realize you’re not alone. 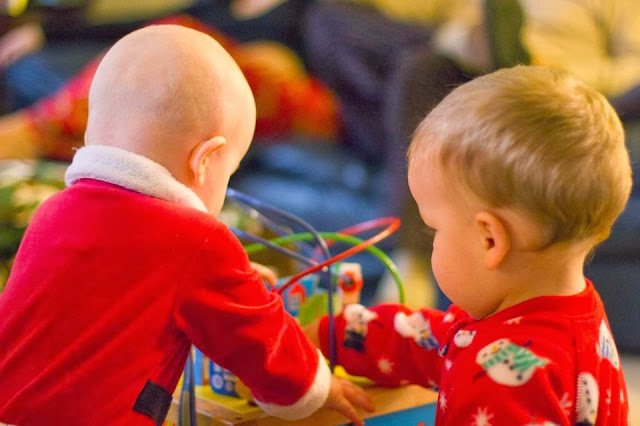 Last year, there was a lot of anticipation as Christmas approached.  I’m the oldest of four kids and all of us were finally going to share a holiday celebration after living spread across the country.  We all arrived in Arkansas at our parents’ house with our kids and dogs and spouses and presents and suitcases and got seriously amped up to celebrate. We glanced at the forecast, which was calling for snow, but dismissed it thinking it probably wouldn’t happen.  When you are from a mostly mild climate, everyone panics whenever snow is predicted and raids the grocery store buying all the things and then we get two minutes of flakes.  It is such a letdown every time.  So, you learn not to get your hopes up.  After all, it was in the 60s outside will full sunshine.  We hoped to wake up to a white Christmas, but just knew it wouldn’t happen. 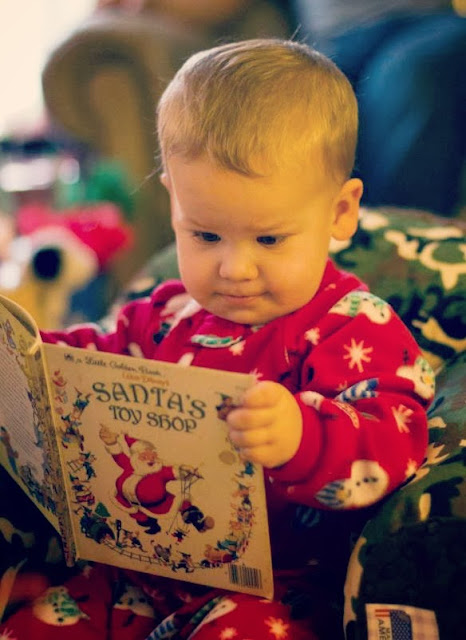 Santa came and delivered in a major way.  Toys and boxes and wrapping paper littered the living room.  We ate a glorious lunch and then packed up two members of the family to make their flights.  The airport car returned and the storm rolled in, out of nowhere.  All of a sudden, it was raining, then sleeting, then snowing.  The sleet stuck to the tree branches and the snow stuck to it.  Branches started to fall, and the transformer in our neighborhood blew, knocking out the power.  Nobody panic, I’m sure it will be on again soon.  Little did we know, it was going out all over the state.  Craziness was about to let loose.

We gathered candles and made it a fun game at first.  Then it started to get cold.  Really cold, really fast.  We added layers and figured out dinner, thinking surely the power would come on soon.  The snow kept coming.  This type of weather is normal in Minnesota, but not down south.  Most towns in Arkansas don’t have sand trucks and most southern people wouldn’t know what to do with snow chains.  We just stay inside and huddle up.

What you need to know about a power outage, is that the first day is pretty fun.  You feel like you’re on a camping trip and the kids feel like everything’s a big adventure.  I pretended I was a character in a Jane Austen novel carrying my candle around and blowing it out before bed.  The FIVE dogs we had in the house where an asset, really, because they provided warmth.

Day 2 of a power outage, the fun quotient goes out the window.  Survival mode sets in and everyone is in a bad mood.  The carnage of our Christmas feast mocked us.  The dishes were unwashed and we were too cold to deal with them.  The toys sat abandoned as our children shivered and asked when the lights would come back on.  It was a Christmas disaster.

Did I mention the trees? Not the beautiful Christmas tree my mother painstakingly decorated.  Oh no, I’m talking about the trees in the backyard.  In the middle of the night, we woke to a huge crack.  It wasn’t a return visit from Santa’s sleigh, but a giant pine tree careening towards the house.  The fall was broken by smaller trees, and we all ran downstairs in a panic because my brother was asleep in the den directly in the tree’s path.  All of the adults stared out the glass door awestruck.  We woke my brother and told him the tree was coming for him.  He sat up, looked out the window, and then said, “Nope, it’s not going to hit me.” Then he went back to sleep.  Seriously, dude?  He is a decorated war veteran who lost a leg in Afghanistan, so his reaction to danger is a little different than your average person.  He’s not one to panic.  He was right, too.  The tree didn’t hit our house, but instead took out the neighbor’s fence.  And several other trees.  Good times.

By the afternoon of Day 2 we knew we had to get out of there.  Miraculously, we discovered the power was on at my great aunt’s house.  We loaded all of our stuff up, with 6 adults, 3 kids, and the 5 dogs.  We picked up my grandmother and headed over to camp at Aunt Freda’s.  Let me set the scene.  Freda has lived alone for the last 50 years since her parents died, and was in a rehab facility because of a recent stroke.  She was thrilled to help, but to move 10 people and 5 dogs in to a house where one person has lived alone doesn’t always work well.  We learned a lot about Aunt Freda that week.  For instance, the only things in her cupboard were 24 boxes of waffle cones.  And in the fridge… you guessed it, lots of ice cream and not much else.  Perfect for a snow storm {sarcasm font}.  The alarm system went haywire and Freda couldn’t remember the codes.  Jed had to get creative to get the endless beeping to stop before we all lost it.  The plumbing in the kitchen backed up because it was used more than it could handle.  My brother showed up after a grocery store run with a super intoxicated friend he didn’t want driving.  The Bear stepped in a pile of dog poop from one of the FIVE dogs we had in the house, and he FREAKED out.  It was an adventure.

The power was out for about 10 days, but we all cleared out as soon as the roads did leaving my parents to deal with the aftermath.  We’re jerks, I know.  Most of the state of Arkansas was without power for a week and the destruction was epic.  Lots of folks were in the same boat as we were, and I’ve heard many hilarious stories from friends whose holidays were affected by Snowmageddon 2012.

Our perfect Christmas went down in flames, or rather in a bank of snow.  We still had a great time together and spent more time talking and laughing than we would with the normal distractions that things like electricity bring.  I hope you enjoyed our snowy story.  If you’re looking for more holiday funnies, check out this post and this one as well on NickMom.com.  You can also follow @NickMom on Twitter and on Facebook for more giggles during this crazy season.