This shop has been compensated by #CollectiveBias, Inc. and its advertiser. All opinions are mine alone. 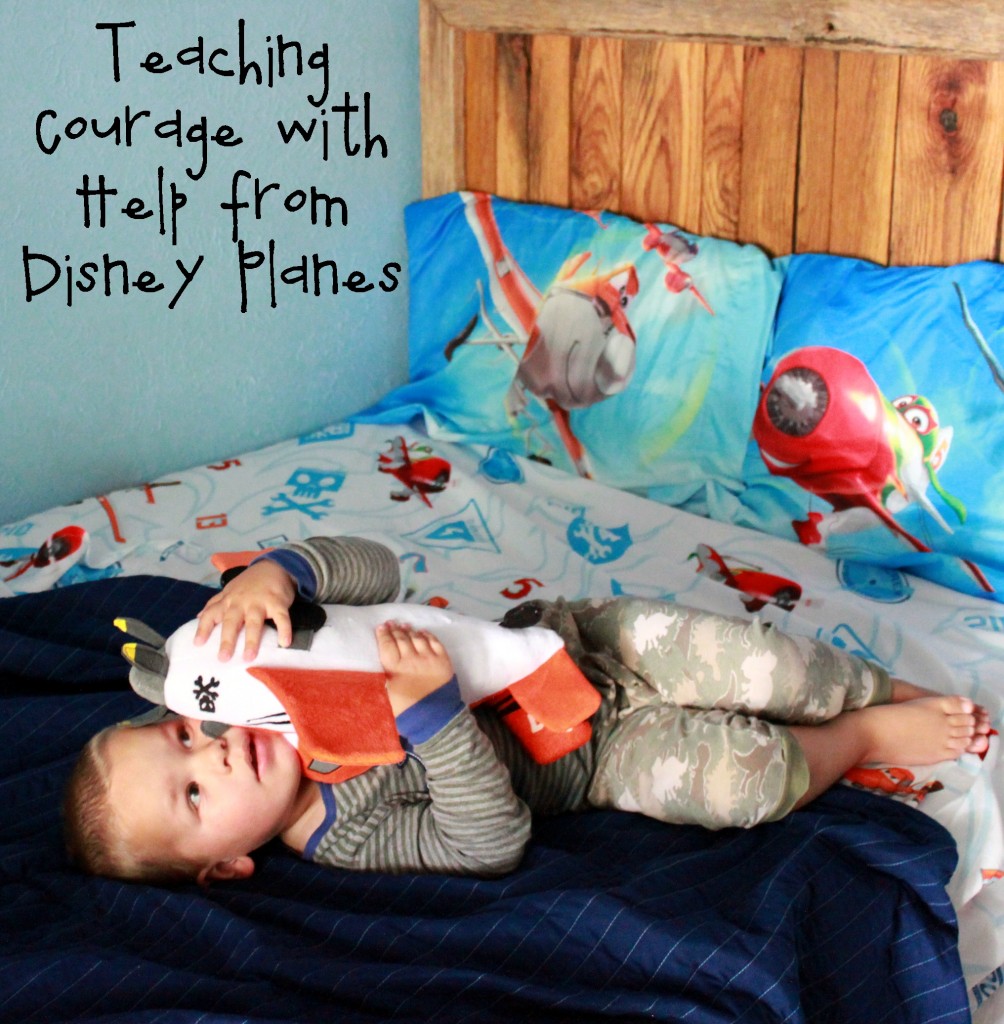 Kids are funny. Just when you think you have them figured out, they throw you for a loop. Our son recently developed a fear of shadows in his room at night. I’m talking a wake up screaming bloody murder, wake the neighbors and his baby sister, traumatizing for everyone involved fear. It came out of the blue and we had no idea what to do about it. We prayed with him and snuggled him and tried to reason with him. Nothing worked until we decided to talk about courage. Being the Disney obsessed family that we are, we used his current favorite movie, Planes, to help teach him to be brave and courageous like his buddy Dusty. 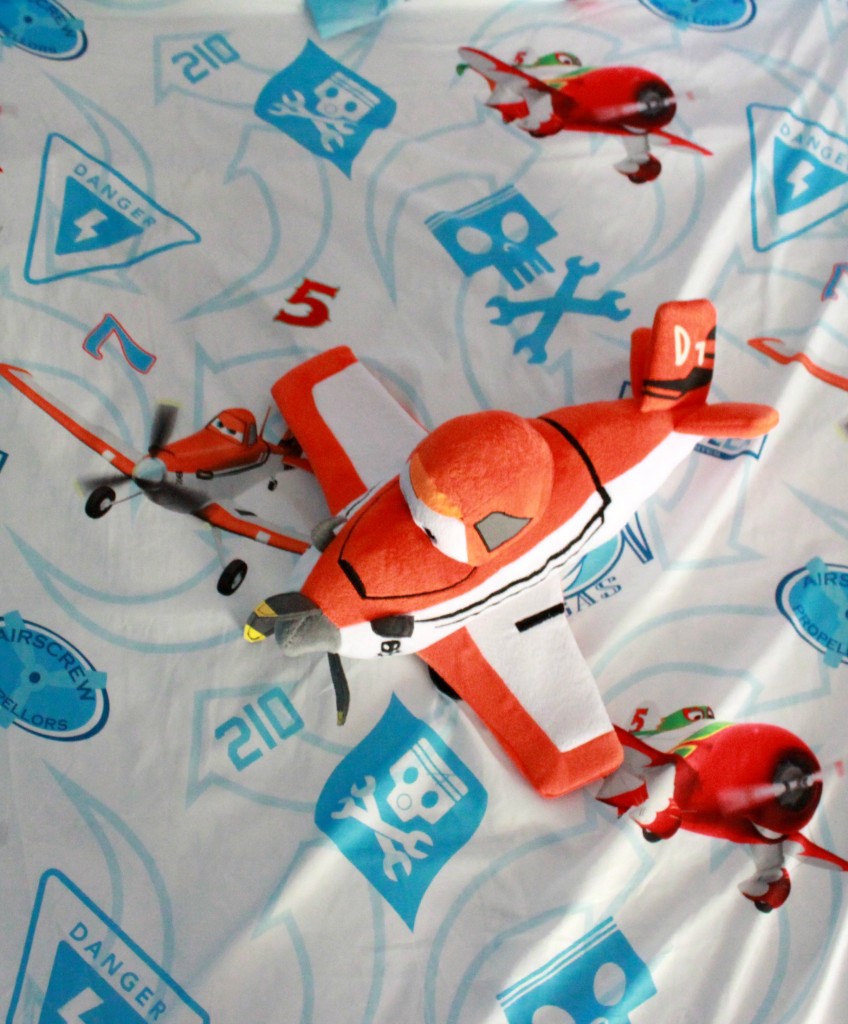 In the original Planes, Dusty is a cropduster who dreams of becoming a racing plane despite his fear of heights. I won’t spoil it for you, but it is an adorable movie where the main character learns to face his fears and have courage to conquer them. The Bear has been obsessed with it since it first came out, so I thought using Dusty as an example might help him with his newfound fear. 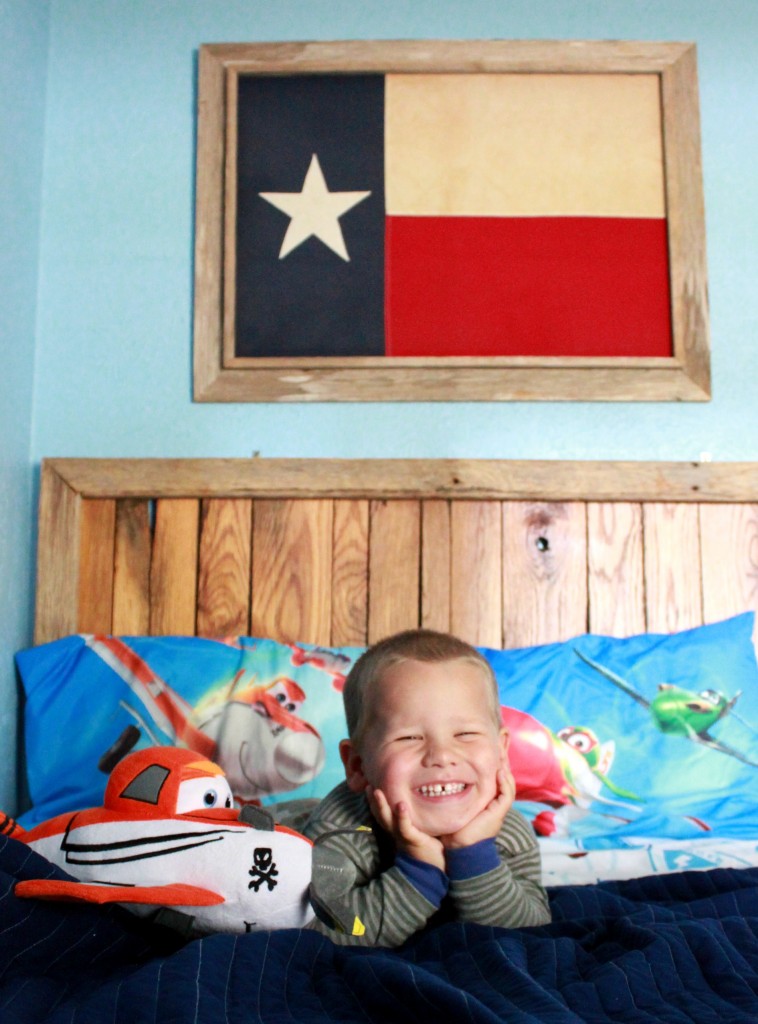 We watched Planes the Movie and talked about how much courage it took for Dusty to overcome his fear of heights. Then we packed up and trekked to Walmart to pick out new Disney Planes bedding for his room. You can find Planes bedding with all of the Disney character bedding and Planes toys in the World of Cars toys section. He was so excited to have Dusty and El Chupacabra come live in his room that he could hardly stand it. 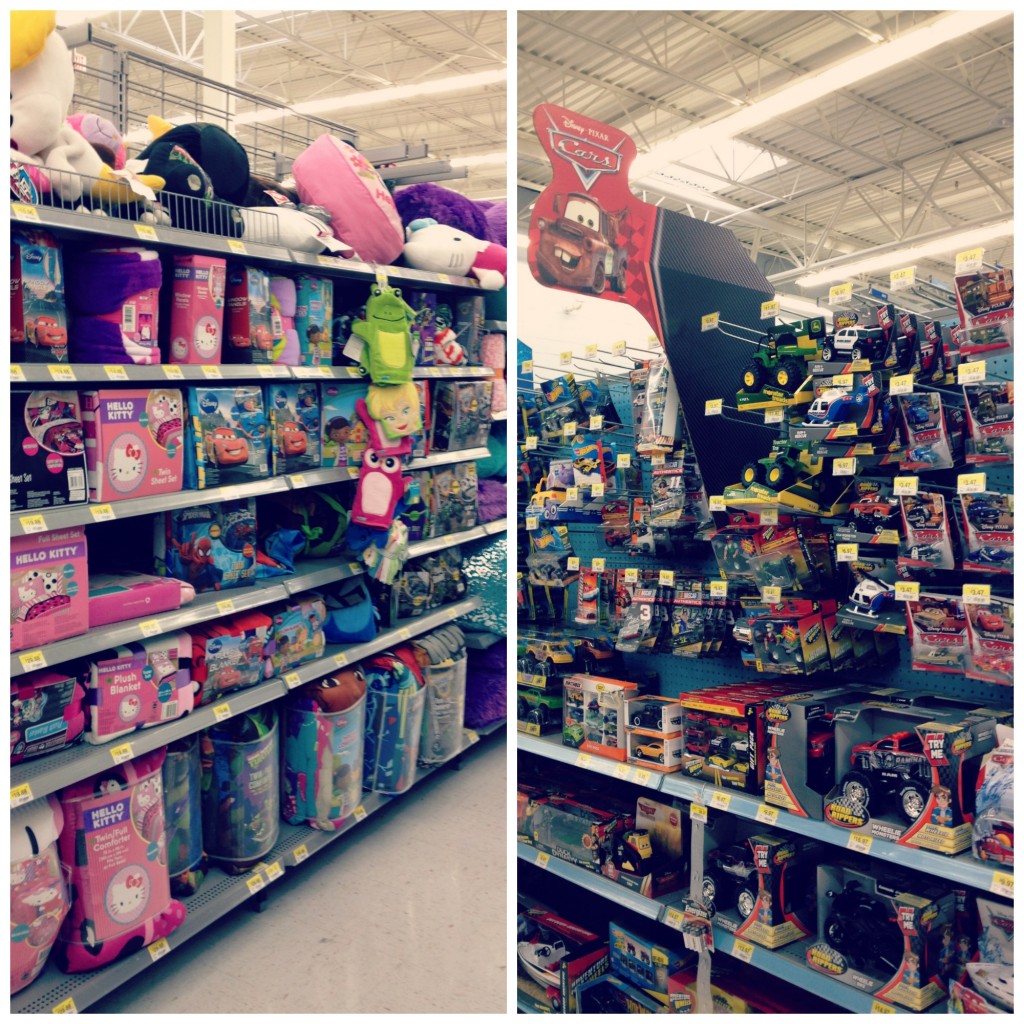 When we put the new bedding on and he snuggled up with his new Dusty pillow, we talked about how Dusty was going to help him have courage at night when he got scared. Y’all, it worked. I can’t believe it, but it really did. That little airplane helped him to overcome his fear and we’ve had several nights in a row with no wake ups and no screaming about the shadows. 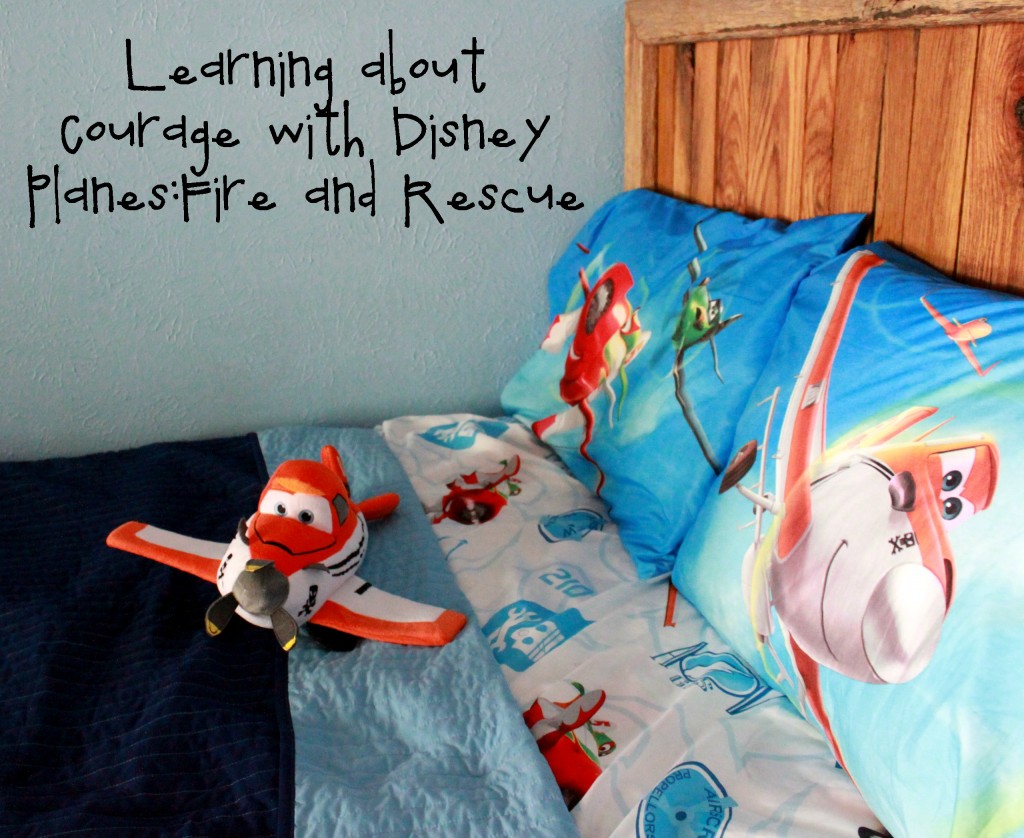 We are so excited for the new Planes: Fire and Rescue movie to come out later this summer. We plan to surprise the Bear with it on our big road trip. Be sure to follow the #PlanestotheRescue hash tag to find out more about the upcoming movie and the Planes merchandise available exclusively at Walmart.